Very close to the centre of Rome, in the Monteverde quarter, is the Villa Doria Pamphili, a seventeenth-century mansion surrounded by 184 hectares of parklands. The property is bordered by huge stone walls, with a total perimeter of 6.5 kilometres.

Villa Doria Pamphili and the surrounding gardens, was once the home of the Pamphili family, but was passed to Prince Giovanni Andrea IV Doria in the eighteen century when Girolamo Pamphili died without a male heir. It was bought by the City of Rome from the Doria-Pamphili family in 1960s, and became the city’s largest public park.

We are staying just 10 minutes walk from Villa Doria Pamphili, and so went to check it out. The Villa itself is stunning with an immaculately sculptured hedge garden that stretches for the entire length of the building. It is not open to the public so we were unable to look inside, but the outside of the house and formal gardens is a still a spectacular sight

The surrounding parklands are wild and unstructured with some sections so dense with trees that it felt like we were walking through a forest. The grounds are mostly covered with thick wild grasses and large, shady trees. A small lake in the centre of the park is home to white swans and other bird life. Beautiful old fountains and monuments can be found among the trees as you wander about.

It was a a warm Saturday afternoon when we visited and so some sections of the park were busy with families socialising, picnicking, and playing games. Other sections were more sparsely populated with people lying about, reading or relaxing in the sun. We also met many joggers and cyclists along the dirt paths that cross-crossed the park.

If you’ve been to Rome you will know that it is a very loud city. It is difficult to escape the constant sound of buzzing motor scooters and cars. Villa Doria Pamphili is a very welcome retreat from the heat and noise – a beautiful oasis of peace and tranquility. 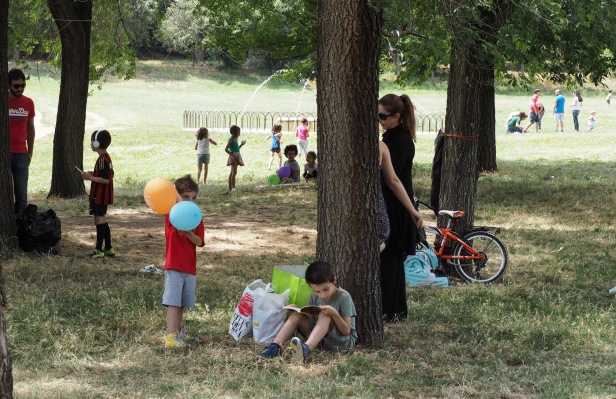 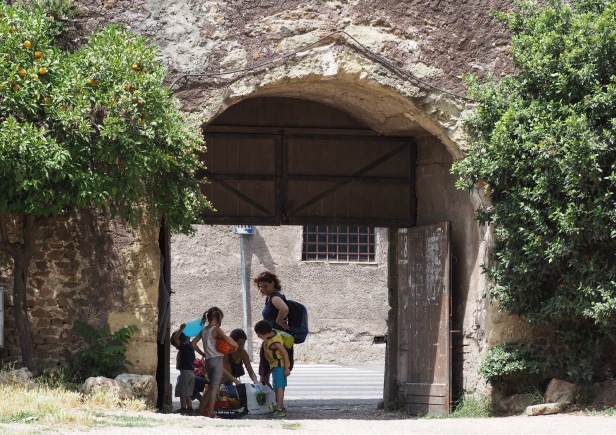 One thought on “Villa Doria Pamphili”