For the next six weeks I’ll be posting from the water as I’m sailing with friends along the Adriatic Coast. Some of you will know that I’m now part owner of a yacht – Izabela 2, a 15 metre Bavaria 50 – and this is our maiden voyage.

Our journey started at Trogir in Croatia where the boat has been stored out of the water on a hard stand. We spent a week or so getting her ready to sail and enjoying the sights of Trogir. On 30 June Izabela was lifted into the water by an enormous crane – it was fun to watch and a big moment for us. 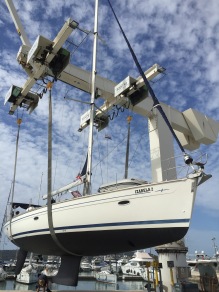 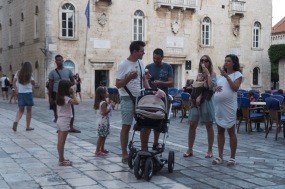 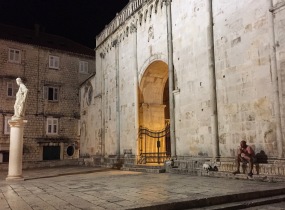 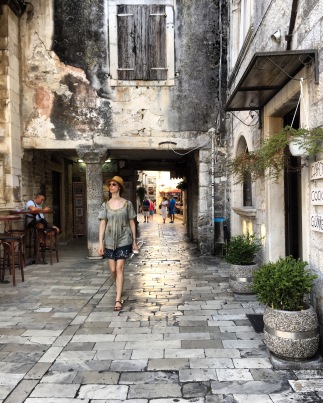 We plan to spend the first week sailing north to Venice and then meander back down the coast to Preveza in Greece where we’ll store Izabela until the following year.

The first day of sailing took us slightly south to Hvar. We’d intended to moor close to the town and go ashore as it’d been recommended by a number of friends. Unfortunately the weather was rough so we found a nice little cove to shelter from the wind. A few of our party went ashore while the rest of us spent the entire night on the boat. It was great to be on the open water after spending the previous week in the marina.

We left Hvar very early the next morning and made our way to Skradin, a small Croatian town on the Krka River. Skradin is a popular destination for sailors, and tourists more generally, as it’s located near the entrance to the Krka National Park, home to some very spectacular waterfalls and limestone travertines.

We arrived at Skradin mid-afternoon, after cruising down the Krka River. We had to sail under two massive bridges and passed many mussel farms, where you can stop and buy mussels and oysters. Once we’d berthed at the marina we spent the rest of the day acquainting ourselves with the town. We were up early the next morning to visit the waterfalls, for some sightseeing and swimming, and managed to beat the crowds and the worst of the heat. We then went onto a winery to try the local vintages. 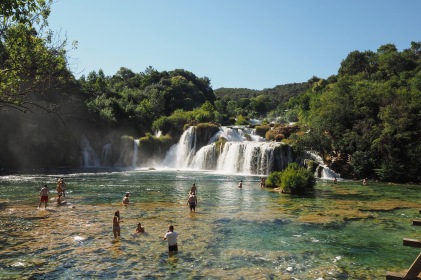 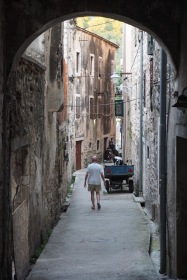 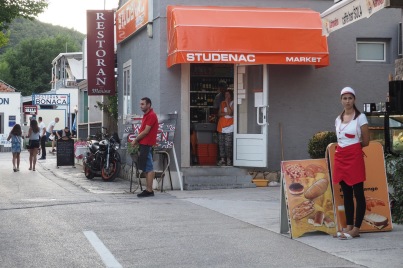 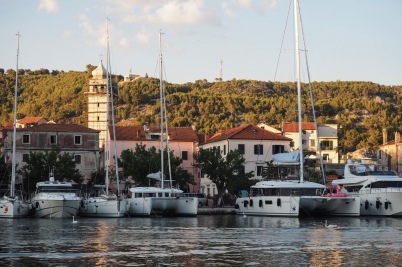 From Skradin we made our way to Veli Rat and moored just outside the marina alongside some new friends we’d met in Trogir. After cooling down with a swim and a few G&Ts, we took the dinghy over to their catamaran for a shared “Pot luck”  dinner and a few more drinks – lots of fun and laughs!

Another early start got us to our next stop, Mali Losinj, just after lunch. We were hoping to find a mooring buoy, but found ourselves back in the marina for the night.

The advantage of staying in a marina is that you can step on and off the boat at any time and have access to WiFi, showers and toilets, and in most cases, a laundry. A mooring buoy or anchor is much less expensive, but you are relying on a dinghy to get to shore, and bathrooms on the boat are basic and very compact. However, it is much nicer being on the open water where you can swim and enjoy the views. It is also much cooler.

Mali Losinj is a busy town of 6,000 people and a popular tourist destination. Unfortunately the marina was very crowded and basic. No WiFi or laundry and an extra cost to use the toilets and showers. That said, we enjoyed the town, and dinner at a great restaurant overlooking the water, along with this magnificent sunset. 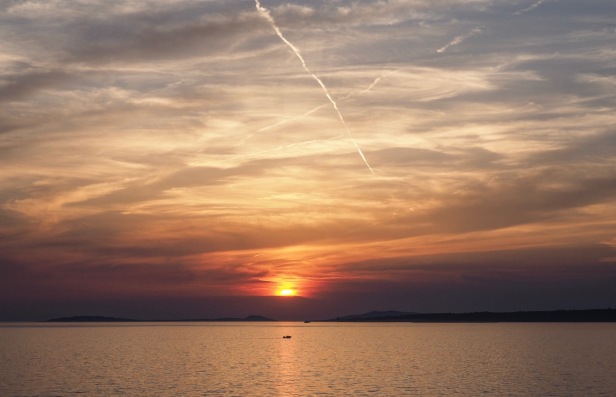 I’m writing this post from Pula where we’re spending two nights in the marina, before our overnight sail to Venice.  Pula is the eighth largest city in Croatia with around 60,000 inhabitants and a fascinating history. It also has its own Roman arena, constructed over 2,000 years ago. The arena sits on the water’s edge so can be viewed from our boat in the marina. On the other side of the marina are the shipping docks, lit up to look like giant cranes at night. A pretty spectacular sight I have to say. 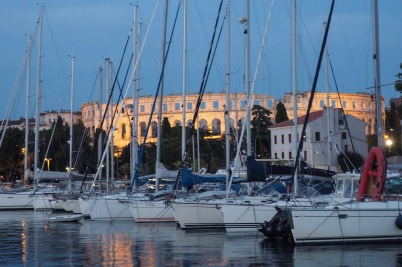